Advances in fields such as Complexity Science and Artificial Life enable a modern direction in Computational Intelligence research. Instead of building isolated artificial intelligence systems from the top-down, this approach attempts to design systems where a population of agents and the environment interact and adaptation processes take place.

We created a novel artificial brain model, called gridbrain, as well as an evolutionary environment embedded in a simulation. The gridbrain model defines agent brains as heterogeneous networks of computational building blocks. A multi-layer approach allows gridbrains to process variable-sized information from several sensory channels. Computational building blocks allow for the use of base functionalities close to the underlying architecture of the digital computer. Evolutionary operators were devised to permit the adpative complexification of gridbrains.

In experimental scenarios that require cooperation, we demonstrate the emergence of synchronization behaviors that would be difficult to achieve under conventional approaches. Kin selection and group selection strategies compared. In a scenario where two species are in competition, we demonstrated the emergence of specialization niches without the need for geographical isolation. 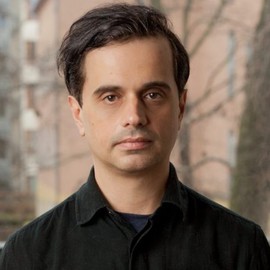